Know your community: Spilling the tea with MECCAMEE

Chris Aguon, the current director of Meccamee along with John Eugenio, sat down with us to tell us a little bit about himself and his team, Meccamee. Chris started dancing under his brother’s influence. He didn’t know about Meccamee until his good friend, Hans, took him to Battlefest Competition, where he saw them live for the first time in 2008. Soon enough, Chris started dancing with the team that same year. In the 2010-2011 season, he became the artistic lead and was later officially titled artistic director in 2014.

If you’re not familiar with Meccamee, the biggest question you probably may have is, “how’d they even come up with that name?!” In the beginning, Meccamee started as a group of friends and family that were going to do a performance on the Las Vegas Fremont. Surprisingly, it was actually a mother of one of the original members of the group who came up with the idea of putting their names together. The name is an acronym made up of the first names. The founding members were Miki, Emi, CJay, Corrine, Adrian, Mac, Ellis, and EJ. After that performance, Meccamee became something more than they expected and the team was established in 2003.

Fun fact: Corinne Pereira is currently the only OG still on the team today.

Meccamee gives great importance of their team motto: Stay humble, stay inspired. This statement was embedded into the team by the former captain, Jay. It reminds them to constantly be humble and to always have respect for everyone, dance, the community, and for yourself. As equally important, they emphasize to have inspiration, keep the drive to be your best.

“Everything in my life that I've done nowadays had been better because of dance.”

Not many know about the successful organized structure that the team possesses. They have several positions filled by amazingly skilled members on the team that make this possible.

The current artistic directors are Chris and JohnE. While the one in charge of all the

operations is Kate. From there, positions branch down to more roles. As a team of many people that have their own individual responsibilities, they have meetings biweekly to discuss changes and updates to what’s been going on. The directors are incredibly grateful to have a close board around them that they undoubtedly trust. As of now, the whole team consists of 28 members.

For the past two years, auditions to get on the team have been at the beginning of each year. Additionally, they recruit at any time if you are interested to be apart of the team. They look for hunger, drive, respect, and of course, go off their motto. At the moment, they have been working on the chemistry of the current team and making their bond stronger.

“I just look at all of them individually and have different goals for each of them.”

Meccamee’s sets are known to be always something different, in a good way of course. The team always tries to push the boundaries within themselves creatively and physically. It’s proven that they never conform to anything. Set-wise and music-wise, they never do the same thing twice.

When it comes to music, they tend to choose from all different genres. Usually, the music choices are chosen from the concept of their sets. They push to be diverse by choosing from a large range of music and dance styles and by also trying to find remixes or samples of songs.

Just recently, about 7 sets ago, they thought of the idea to challenge themselves to create a set that respects and pays tribute to each of the founders of Meccamee.

“It’s just a project for us to figure out who we are. I still think I’m figuring that out. So each set we’ve created in the past two years is based off of a letter in MECCAMEE, based off of that person. It could be anything that we take from that person.”

Each of the sets they’ve been creating is unique to the specific letter, specific person. Their latest set performed was for the last M, for Mac Acopiado. Meccammee is currently working on E, the second to last letter yet to be performed, so be on the lookout!

Throughout their set building process, there’s usually a general plan, then ideas are inputted. They start looking for and listening to music, then choreography is made. Ideas come at anytime and are thought about beforehand from weeks, months, and sometimes years. Sets aren’t assigned to any specific performance so the creation comes after the concepts.

As for the pieces, having your choreography in a set is deemed as a high privilege. There are only a few members of the team that the artistic directors go to for pieces. They understand the expectations from the artistic directors and they have mutual trust. When it comes to blocking and cleaning, it varies for who is responsible for each piece based on the circumstances each time considering the ideas, choreography, choreographer, dancers, and more.

Meccamee always took part in NEON, a local Las Vegas battle and dance showcase. Meccamee appreciates showcases because it reminds them of why they are here, why they dance, and why they love performing. They never skipped one NEON performance until it had ended. Additionally, they enjoy performing in the California community. Meccamee has been on California dance line-ups of shows such as World of Dance LV, World of Dance San Diego, Ultimate Brawl, Body Rock, Maxt Out, Bridge NorCal and SoCal, and Fusion. There’s a different energy within themselves when there’s a lack of support from a community that doesn’t know who they are. It’s more of a challenge and an extra push, but Chris knows it’s still very important to show out in Vegas. At home, Meccamee has performed at On Deck, Juiced 2.0, Takin' It To The Streets, Battlefest Live, NEON, Set It Off, and Prelude Las Vegas, and more events around the city.

Meccamee’s known for their monthly Last Tuesday master classes and Second Sunday community classes. These classes are all set up by the operations team. Specifically, Ivy Maure is in charge of choosing and bringing in the instructors and organizing these exceptional classes. Second Sundays are taught by the members of Meccamee to get experience in teaching. Their community classes started in August of 2009. The first official class they held was taught by EJ Barba, one of the original members.

It wasn’t until January of 2015 when Meccamee brought in their Last Tuesday master classes. These classes are served to provide the Las Vegas community established dancers and choreographers. So far, they have had well-known instructors such as Vinh Nguyen, Pat Cruz, Joesar Alva, Trevor Takemoto, David Lim, Isidro Rafael, Selene Haro, and much more.

“Each month, Meccamee’s Last Tuesday unites dancers from all over Las Vegas to encourage growth in not only as dancers but also as a community that strives to strengthen bonds that will serve as the foundation of the Vegas dance community for years to come.” -Ivy Maure 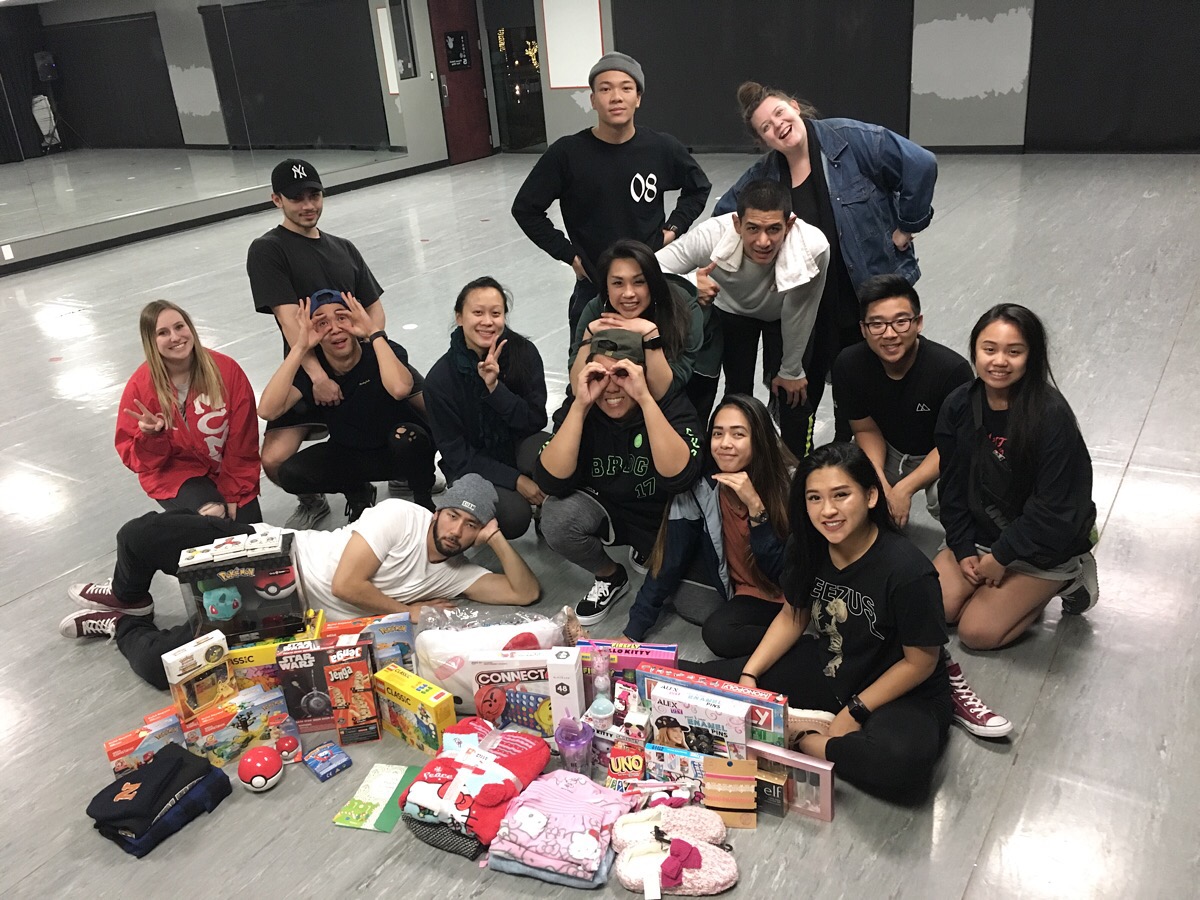 Inside and outside of the studio, Meccamee is still one big family. They hangout and also take part in community outreach events, such as decorating healing rocks for the remembrance of one’s lost and affected from October 1st, 2017, Adopt a Family, feeding the homeless, and more. These activities are not anything mandatory for the team. The purpose for them is to give back to others beyond the dance community.

Chris has been in the dance community for more than 10 years. Throughout this time, there have been many changes this community has seen. He observed that ever since the team members started branching off and making their own teams. teams in the community are getting closer and taking more classes from and with each other, making this a big improvement here for the community. All in all, the one thing he would tell the community is to simply love dance.

Check out some highlights of the team's performances from 2007 to 2018! 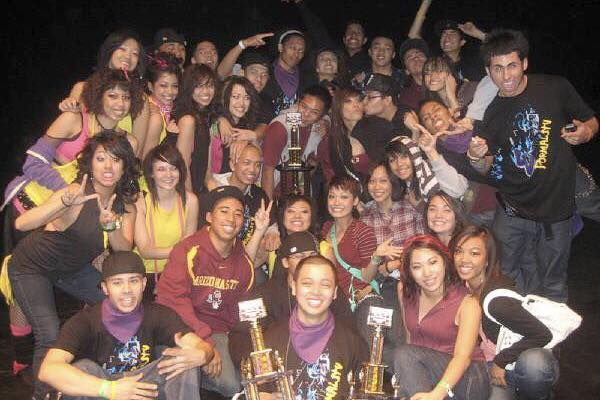 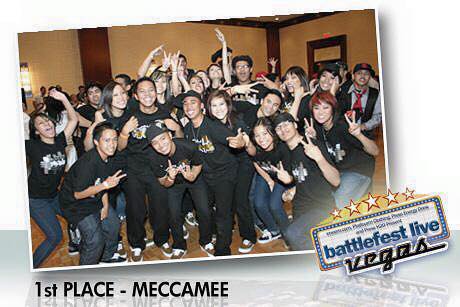 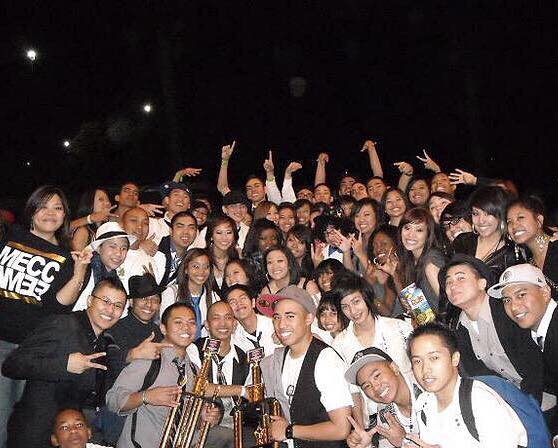 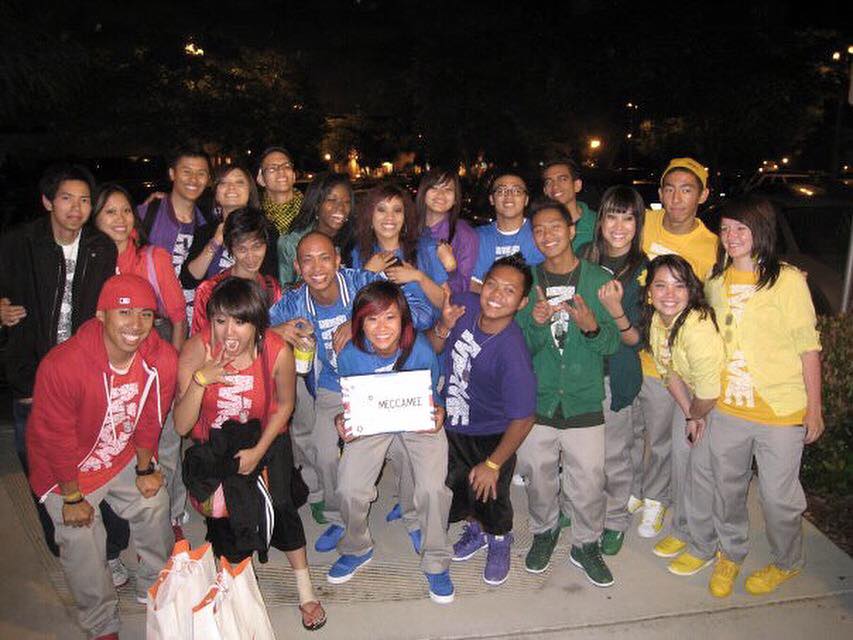 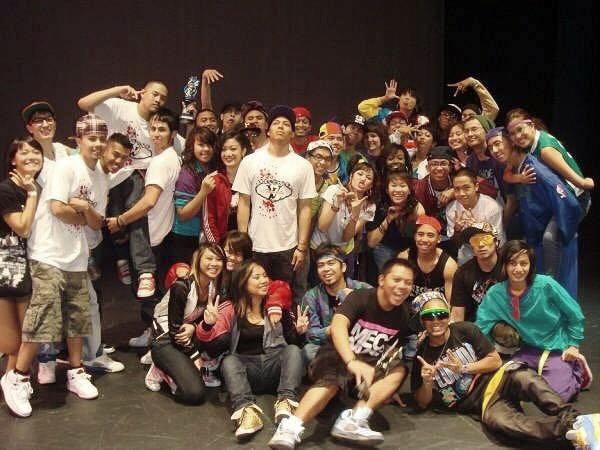 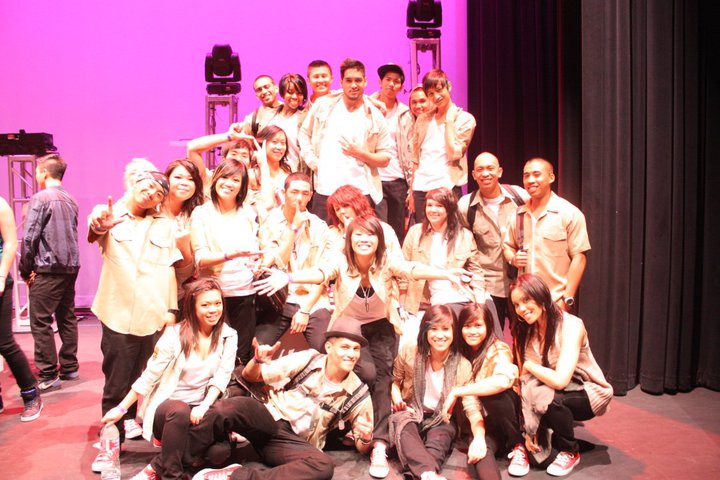 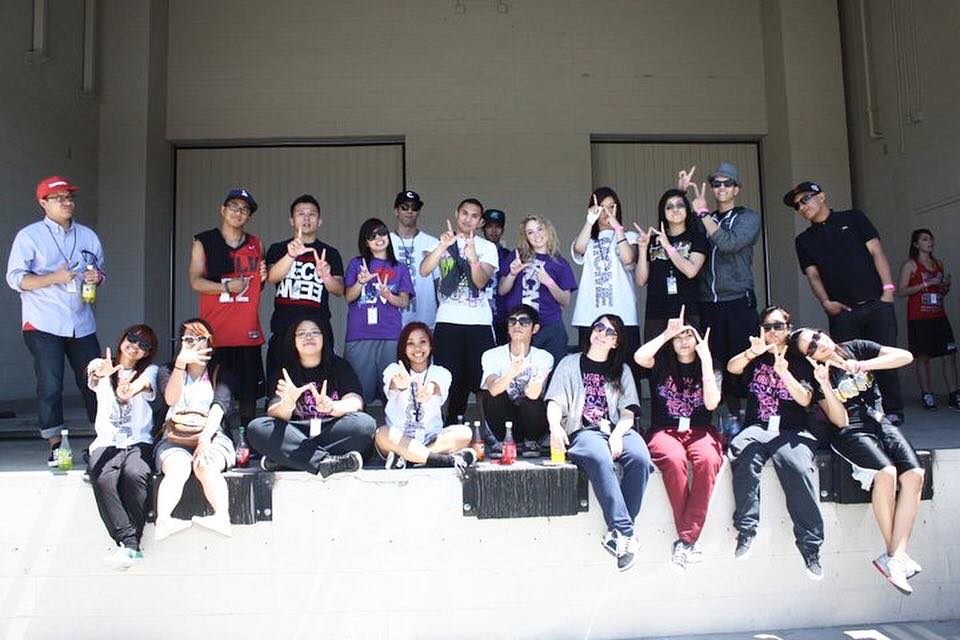 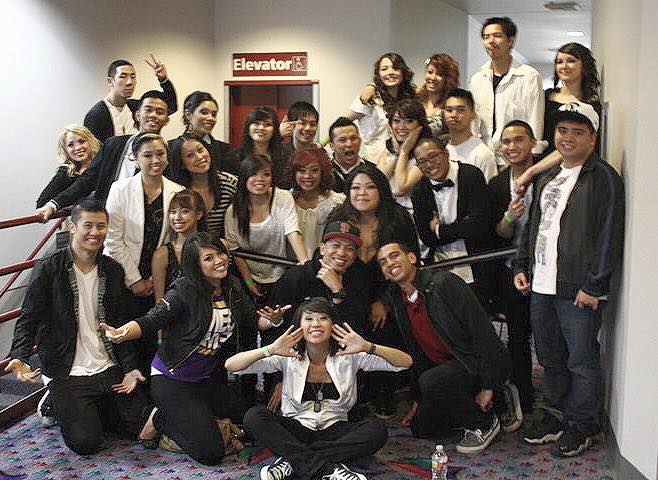 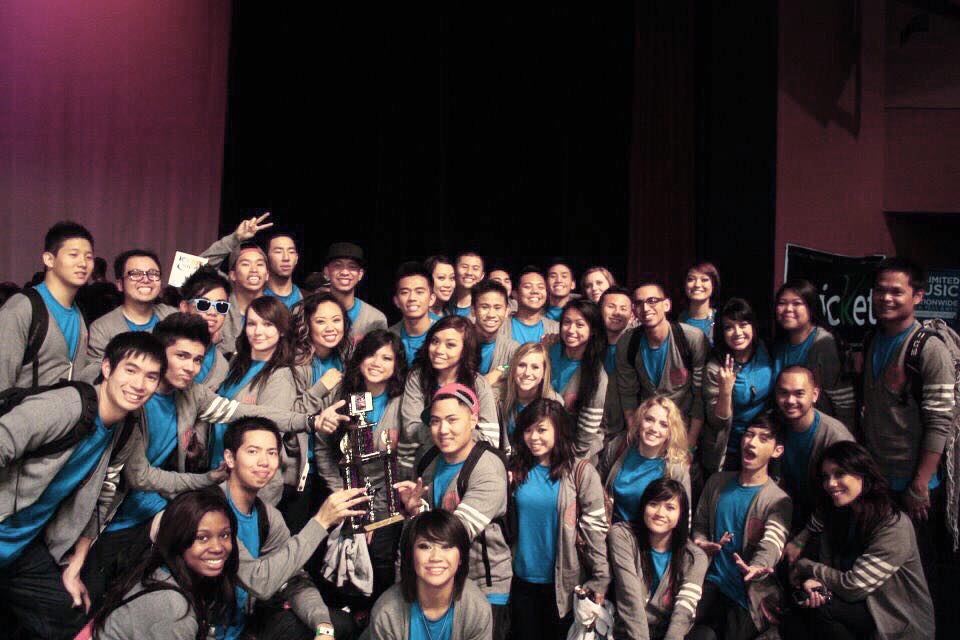 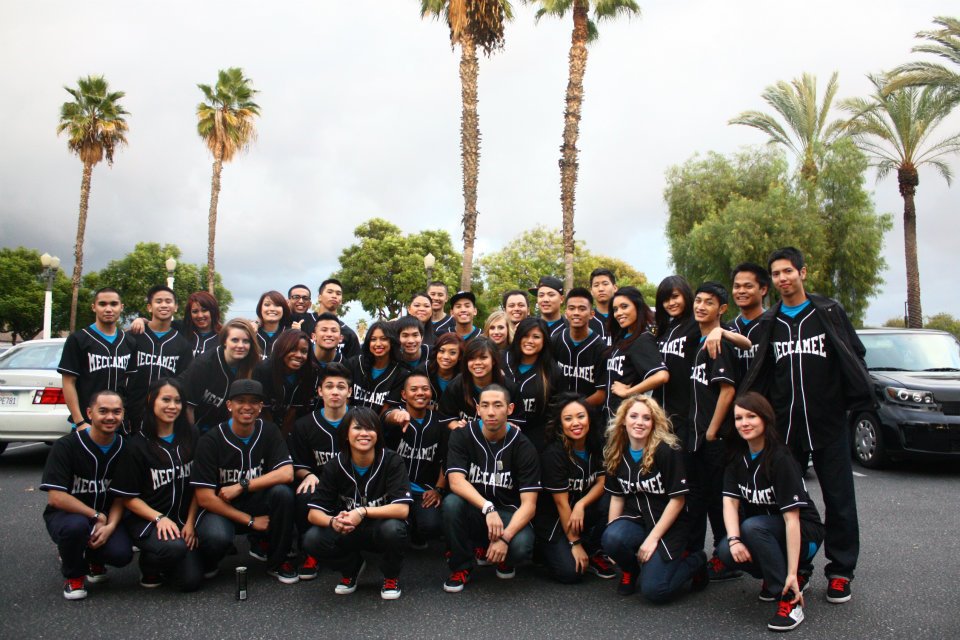 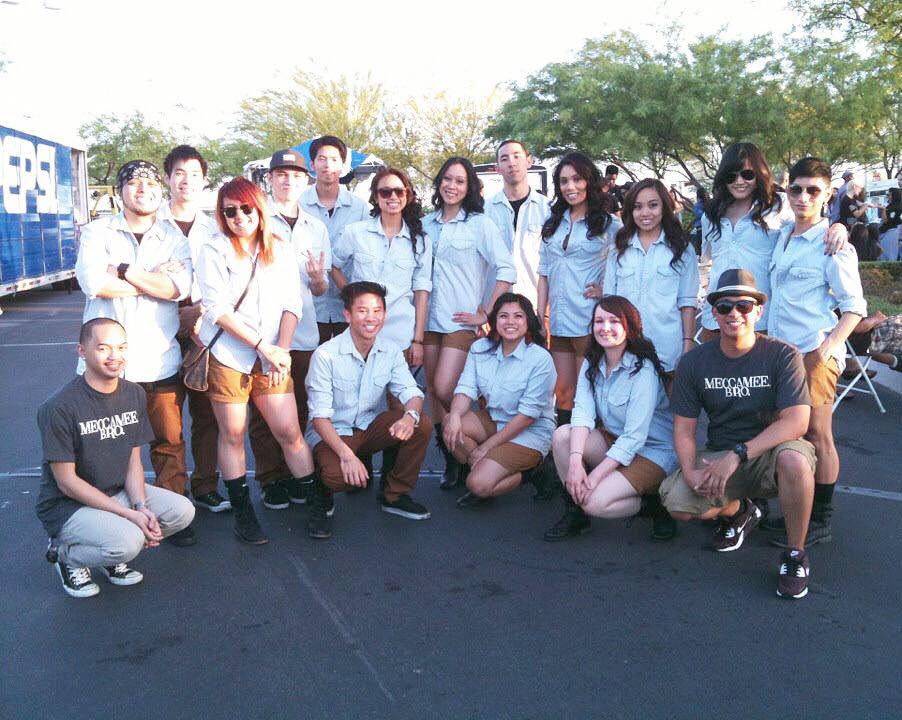 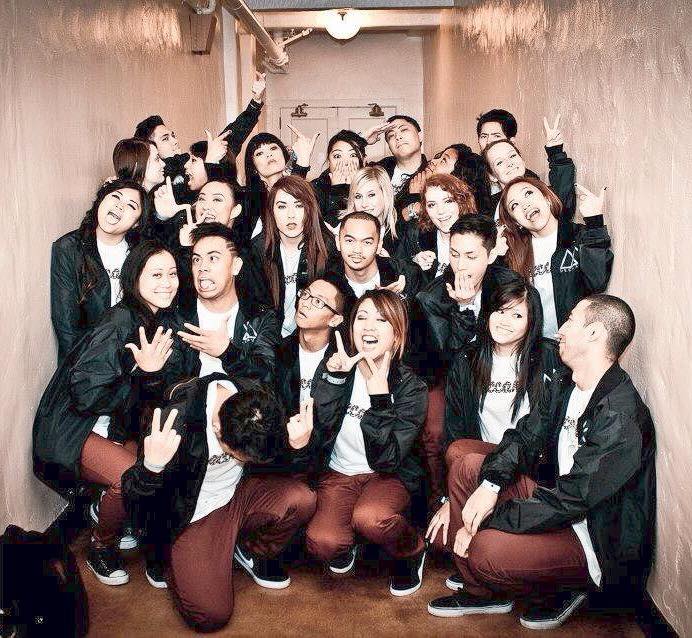 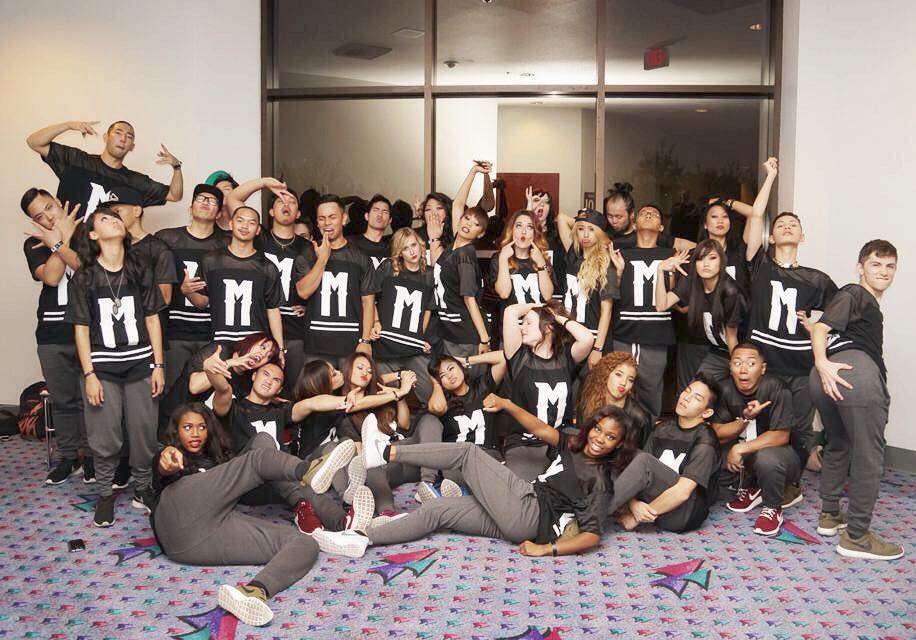 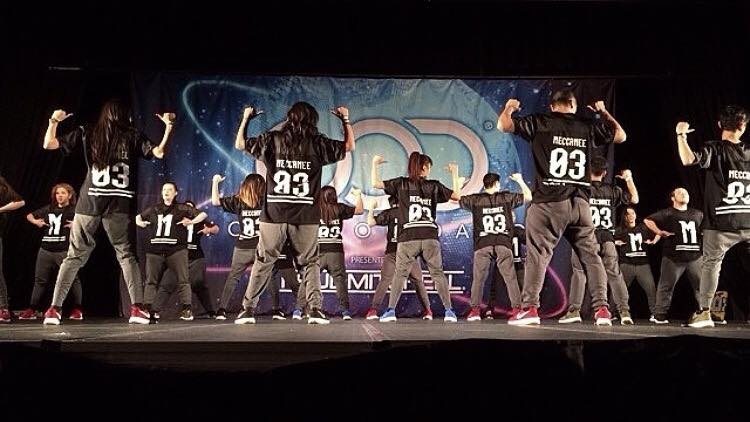 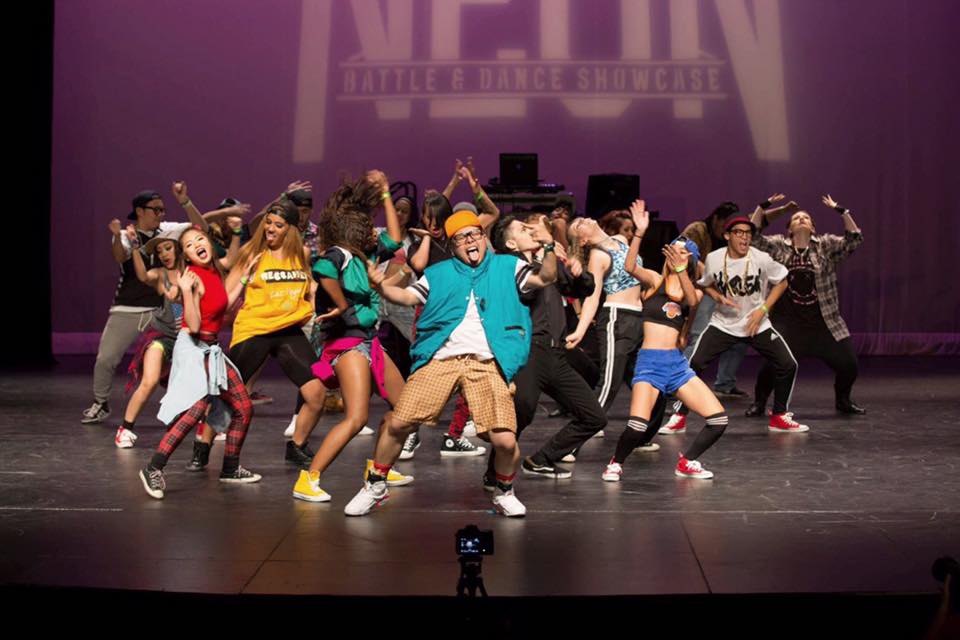 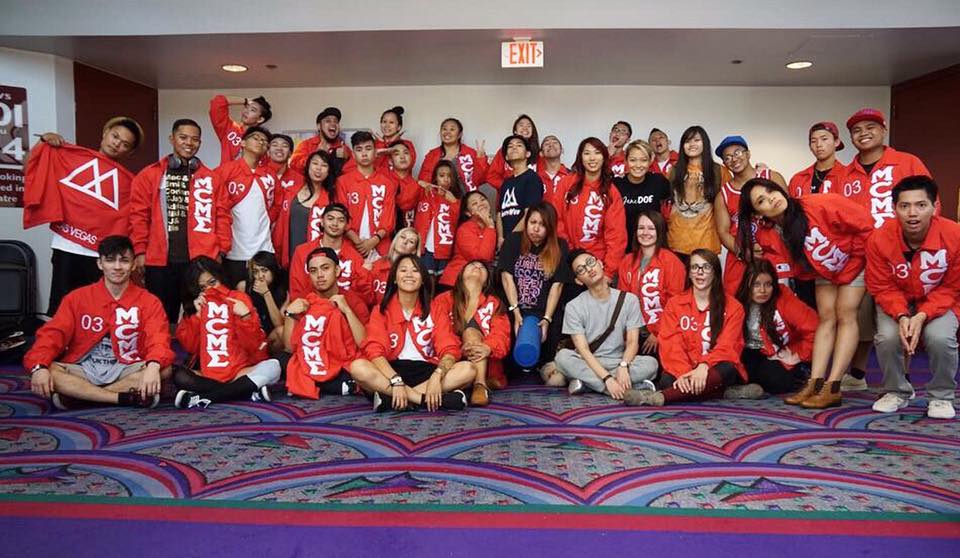 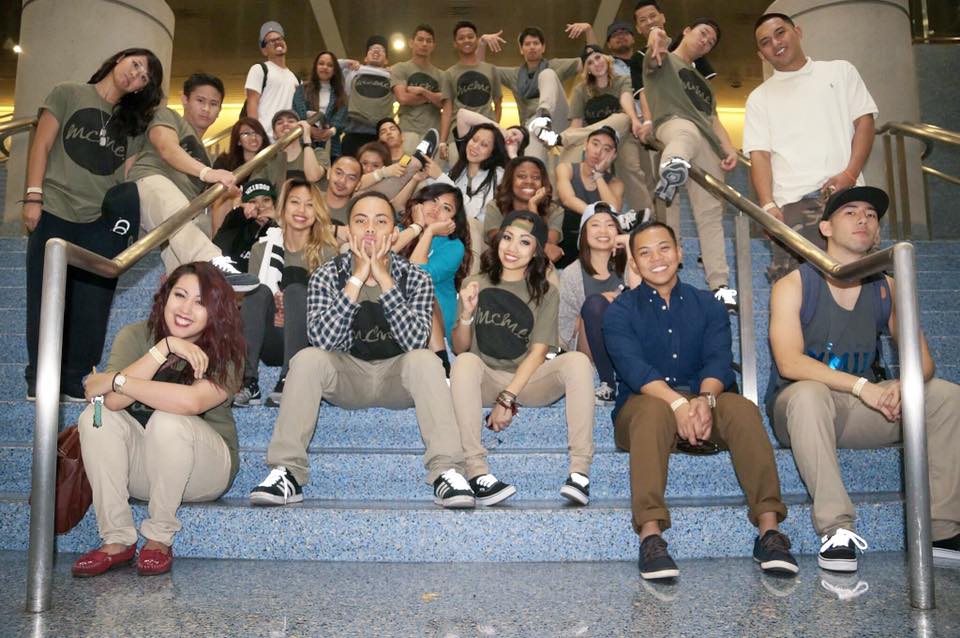 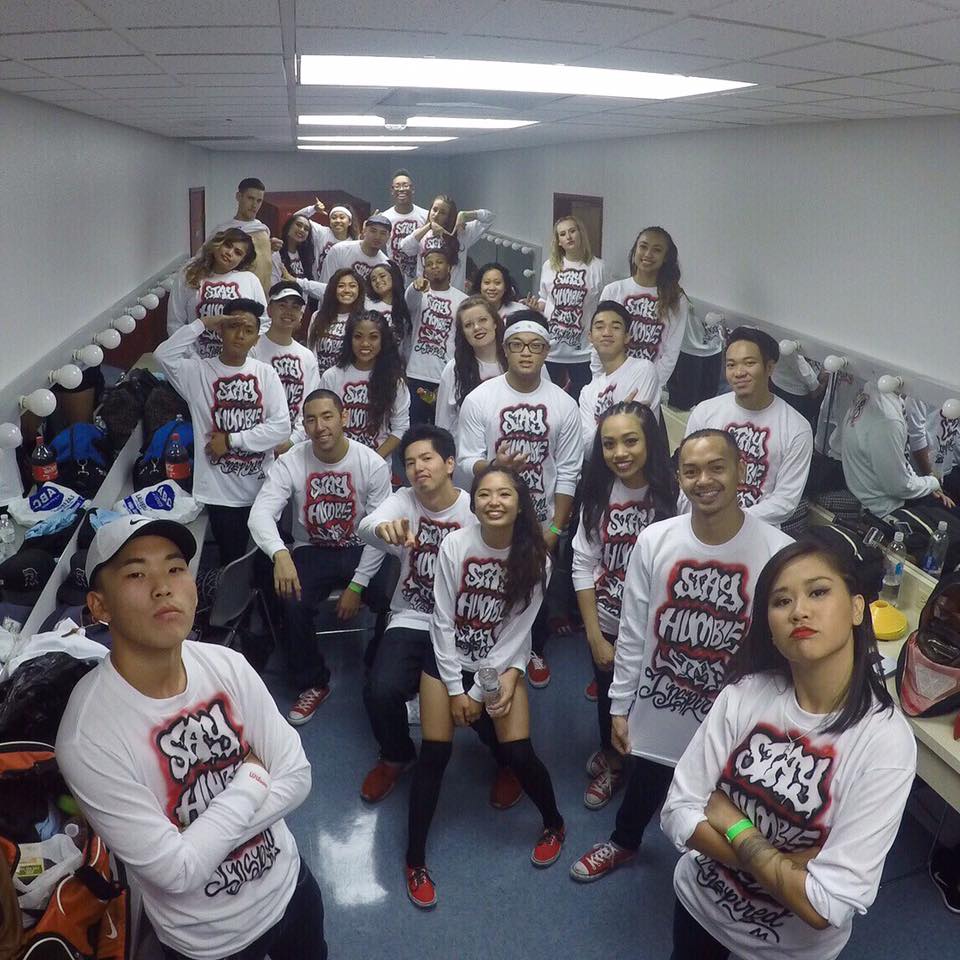 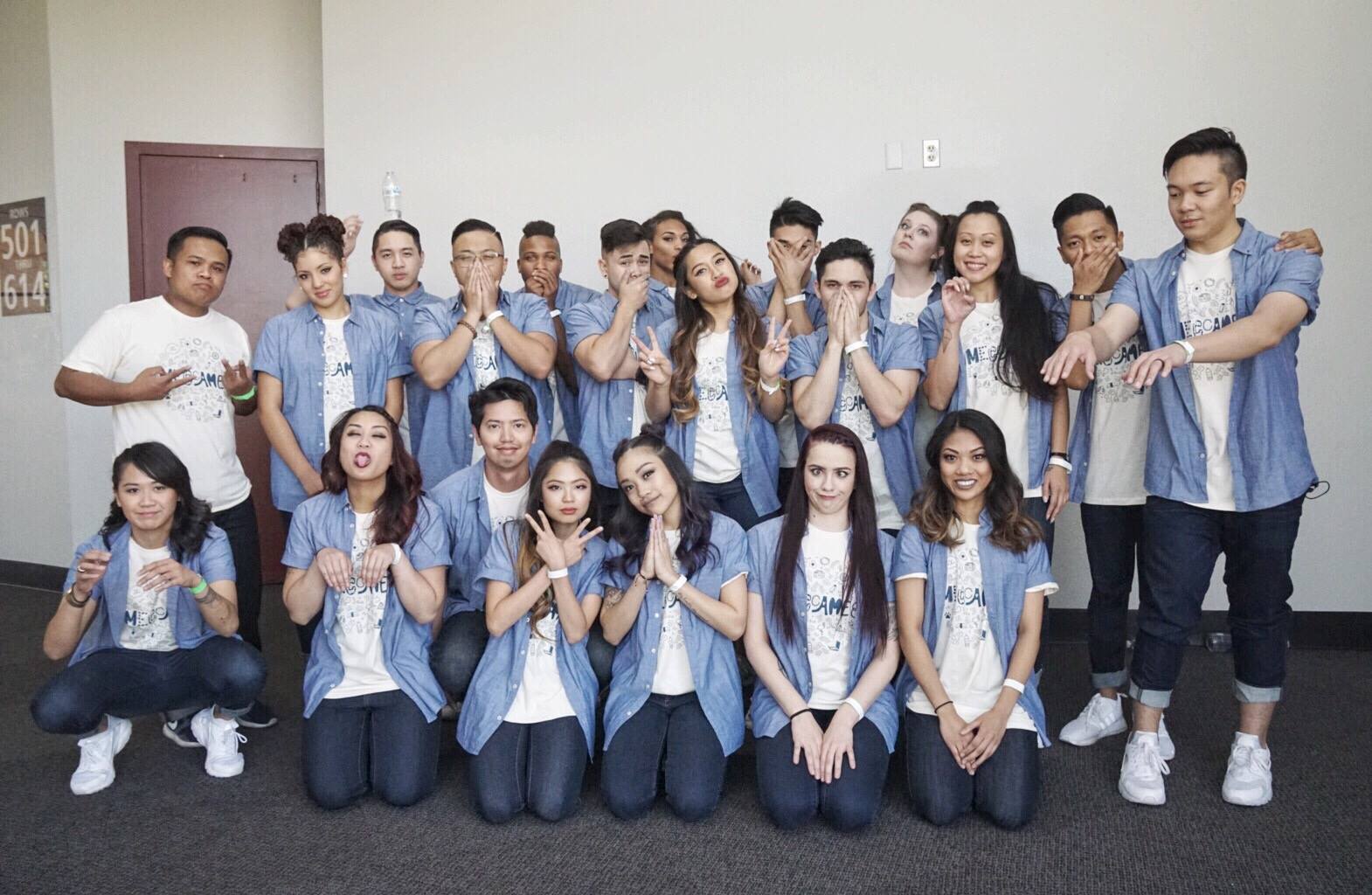 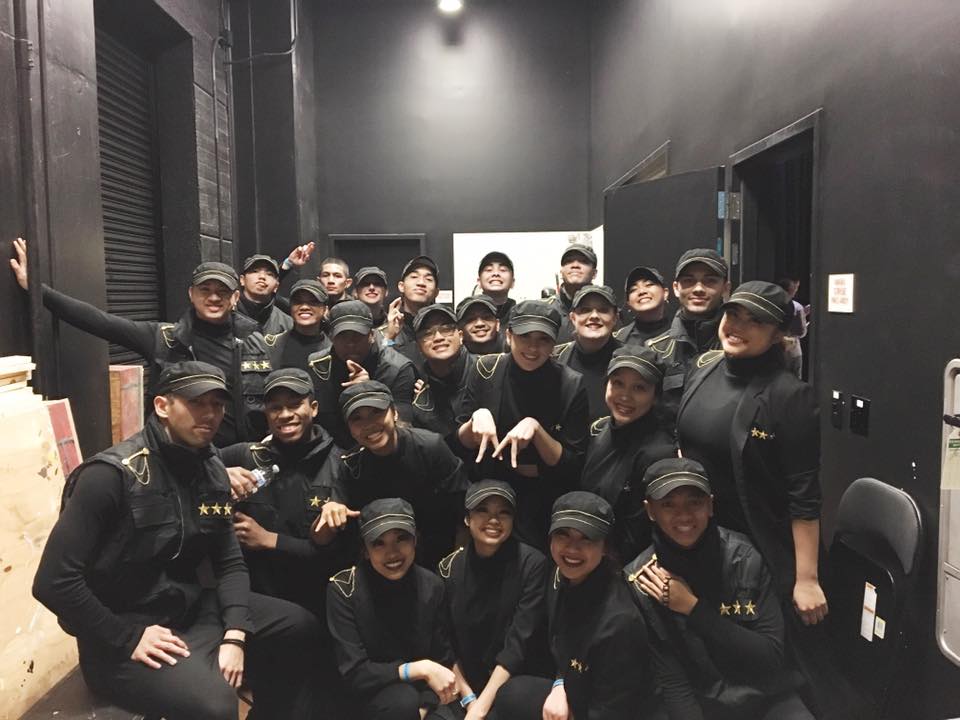 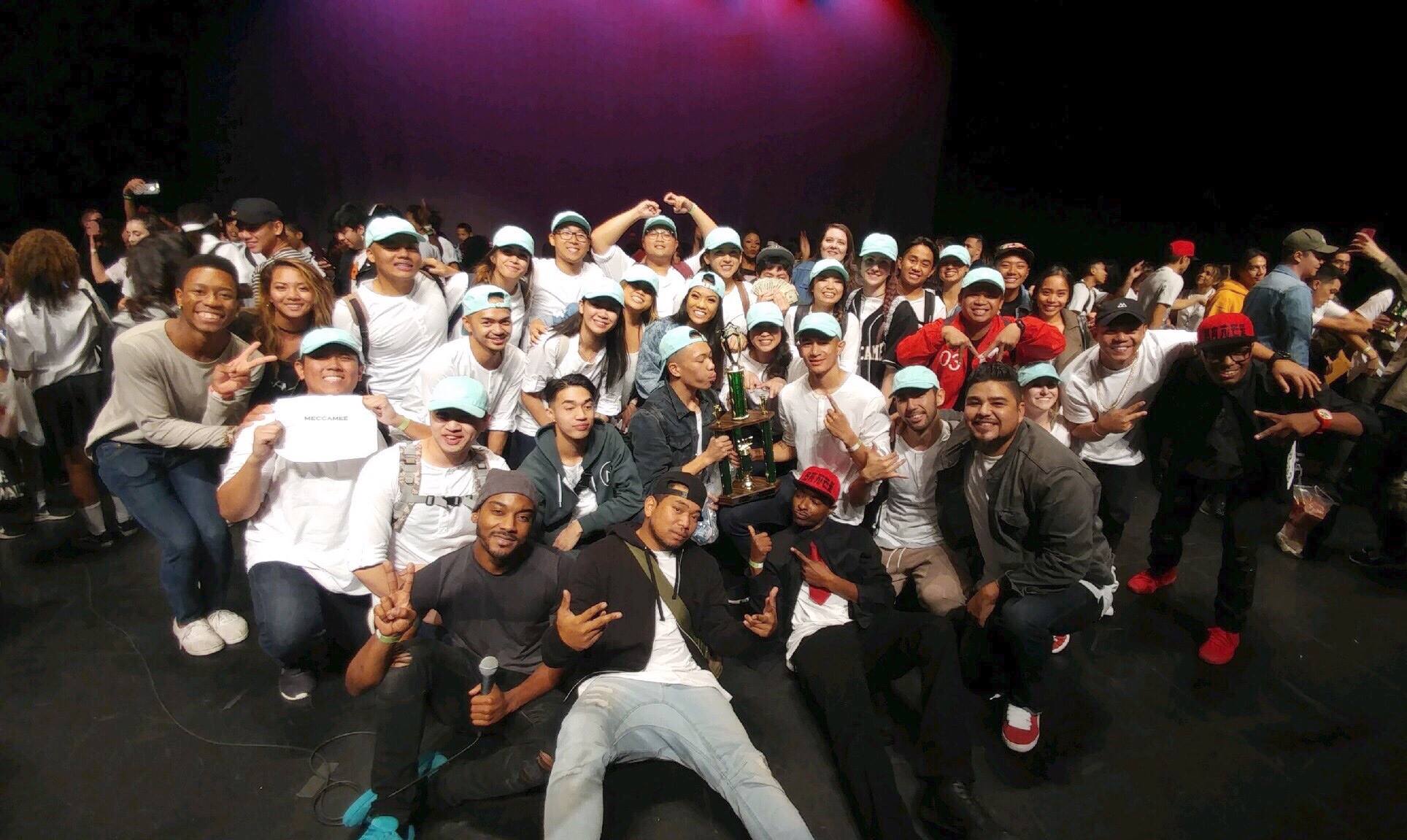 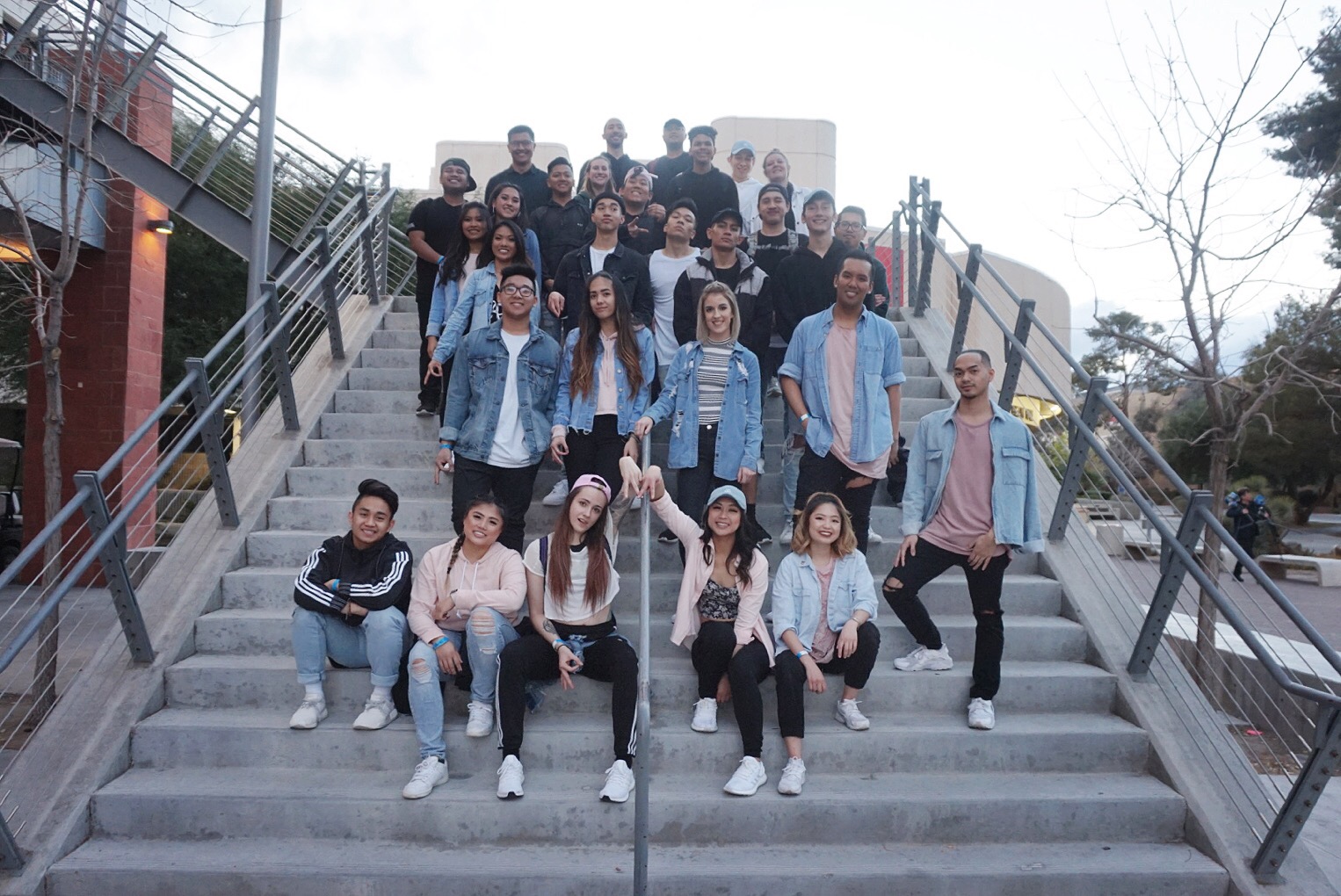 Shout out to Ivy Maure, Kate Shapin, and Chris Aguon for all your help to make this article!

A Wock in the woods with a Jragon